Great piece by Janie Andrich highlighting how Lutheran Schools are tops in the nation!

Accountability! Results- what difference does it make? We are becoming a data-driven nation in regard to our schools. Whether you agree with that direction or not, it is where we are at this moment in our nation’s history. Parents want to know if their child is receiving a quality education.

The National Assessment of Educational Progress (NAEP), also known as “The Nation’ s Report Card,” is the only nationally representative and continuing assessment of what America’s students know and can do in various subject areas.

The report is in and the news is GREAT for Lutheran schools. In five of the eight categories Lutheran Schools finished in first place among nine other categorizations. In the other three we finished second. The groups included the following: public, other religious, nonsectarian, Catholic, Bureau of Indian Affairs, Dept. of Defense, State Department of Education, Lutheran, and Conservative Christian.

Lutheran  schools  are great places to grow.   Lutheran  schools, like any schools,  are not perfect. In Lutheran schools students learn that they are forgiven and that they also can forgive others because of Jesus Christ. And yes, we do thank God students in Lutheran Schools have great test scores. Lutheran Schools have teachers, parents, administrators, boards and congregations  who continue to strive for excellence in all aspects of Lutheran education, academics. the arts, sports, social development, service to others and creating 21st century learning environments that prepare our students for service.

And if you you aren’t able to that’s great too.  The key in the end is to be involved in your child’s education, so that they do well.

All thanks to the No Child Left Behind waiver.

School Choice Wisconsin President Jim Bender was the most vocal critic of the waiver during last week’s public hearing. The waiver, he says, would allow the state to remove voucher schools from choice programs and seize power from charter school authorizers without giving them any chance for improvement.

“Unfortunately, the waiver released by DPI does not hold all schools accountable equally across all sectors, and details by which schools will be measured and held accountable are yet to be determined,” Bender testified Thursday. “If approved as written, the waiver would allow DPI to remove MPCP and PPSCP schools from the school choice programs and to supersede charter school authorizers that fell into the lowest five percent of persistently low performing schools that fail to improve and meet certain yet to be determined benchmarks within three years. On the other hand, public schools would be given a series of three-year time periods with several options to choose from to work toward improvement.”

The big issue lies in the fact that the improvement window for voucher and charter schools is limited, which is not the case for public schools.

The lack of specific language for both voucher and charter schools – the majority of which operate under very different guidelines from traditional public schools – is a concern for School Choice Wisconsin. It suggests that the waiver will increase the power that the state holds over choice schools. According to their research, this is something that has not been a piece of other states’ applications in areas where vouchers and tax-credit scholarships assist students.

The biggest issue for these schools, according to Bender, is a limited window for improvement. Regular public schools that are deemed lowest performing would be put on a rolling three-year intervention period in hopes of improvement. They would have no strict timeline for closure if changes cannot be made. Choice and charter schools would have only a three-year window before closure, and only one shot at improvement. The disparity between the two groups, testified Bender, is inherently unfair.

Since the waiver is still being shaped by input from legislators and others, it’s imperative to let your state Representatives and Senators know that public, charter and voucher schools all need to be on level playing field when it comes to improvement for schools that perform poorly.

The details of success show why school choice needs to expand in Wisconsin.

As Messmer President and CEO the Rev. Bob Smith often puts it, education isn’t a function of test scores and homework — it’s about making better human beings.
Still Messmer boasts some pretty impressive academic achievements by Milwaukee and national education standard, arguably making the nation’s oldest voucher program a shining example of school choice.
The voucher system, allocating public money to send students — generally poor, minority students  —  to private, often faith-based, schools, opened in Milwaukee in 1990 when the state, led by then Gov. Tommy Thompson, cleared the way for the Catholic school to accept voucher students.
Robb said the early years were a struggle, a time of anxiety, when faculty, parents and students wondered whether the whims of politics would change its voucher status.
The U.S. Supreme Court ultimately decided the constitutionality of the question early last decade, just as school choice programs continued to expand.

No doubt some have been controversial, and some have failed during the past two decades, but there is no questioning the growth of school choice initiatives in Wisconsin and nationwide.

Parent interest in school choice has soared since the voucher program was implemented in Milwaukee.

In Milwaukee, 47 percent of students in the district attend a choice program outside traditional public programs, said Terry Brown, vice president of School Choice Wisconsin, which advocates for choice in education.
Some 6,400 students last year attended independent charter schools, funded by state education dollars but not affiliated with the public school system.
Another 23,198 attended Milwaukee Parental Choice Program schools, like Messmer.
The Catholic school itself has seen its voucher enrollment, which comprises about 90 percent of its student count, climb from dozens of students in 1990 to just under 1,700 students on three campuses, with waiting lists each of the past seven years, Robb said.

Despite this success, there are the usual suspects who are critical of the program.

“If people want to operate private schools they should operate private schools. People are not paying property taxes to go to the private sector,” said John Matthews, executive director of Madison Teacher’s Inc., the teachers union in the Madison Metropolitan School District.
For Matthews and other critics of school choice programs, the broader problem with independent charters is that they are not organized by the same organizational structures as public school systems, and that leads to a question of accountability.
There also have been concerns that privately run schools on the public dime have been allowed to “cherry pick” their students, selecting the best achievers, leaving behind special needs populations.
The American Civil Liberties Union, or ACLU, along with groups like Disability Rights Wisconsin, last year filed a discrimination lawsuit against Messmer and other voucher schools, as well as DPI and the state, arguing the system “discriminated against students with disabilities”.

Messmer’s enrollment includes about 150 students classified under special needs criteria, Robb said.
And, charter schools are bound to take in black and Hispanic students, among the poorest of the poor in Milwaukee. Messmer’s free-and-reduced lunch population has approached 90 percent.

In the end school choice continues to see success because it ends the “monopoly” known as public education.

The success of school choice programs, Brown said, boils down to consumer confidence.
“I think parents vote with their feet, not only when it comes to the academics of the school but the safety of the school and the character of the school,” he said.
Groups like School Choice Wisconsin say competition in America’s bruised education system is not only good for students and families, it’s good for public education. The more choice — the more success outside the traditional public school system — the greater the education success at large, they argue.
Brown and other choice proponents assert education unions have stymied success in a public school system that is stuck in 19th century state of mind. He said too many in public education want to “protect a monopoly.”
But why not fix the existing public education system, at the very least devoting the public money from choice programs into public schools? That’s a question choice critics have long asked.
“As a state we need to remind ourselves that while parents obviously support the roll of governmental funding in education, that doesn’t equal parental support of the government to run everything in schools,” Brown said.

Understanding the success of school choice has seen in Milwaukee and recognizing the misconceptions pushed by critics are the key to getting strong public support for expanding the program to cities like Green Bay.
Discover the benefits of private education during School Choice Week which runs through January 28. 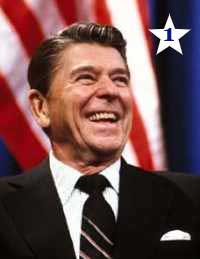